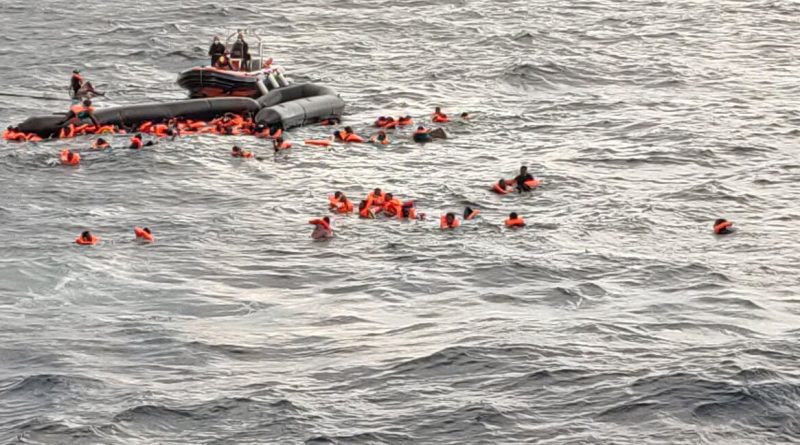 The richest continent on earth is also the scene of great misery.

In front of Covid-19 the EU did not take common measures for all countries, and the ones they took the governments that comprise it were sanitary insufficient, socially unfair and politically authoritarian. It is a very serious crisis that cannot hide the continuity of another crisis: the migratory. They both have the marks of death.

Different NGOs have denounced that, on the migration route that connects Africa with the Canary Islands, there was 480 deaths only in the last week of October. These are people who were trying to reach the Canary Islands, crossing the Atlantic in boats and cayucos, from Mali, Morocco, Ivory Coast, Senegal and Guinea. In the tragedy of 29 October they died 140 people. Six days later, on a shipwreck in Mauritanian waters, others lost their lives 36 people.

At the same time, tragedy continues to muddy the waters of the Central Mediterranean. Some days ago, a boat with 111 people had left Libya with the intention of reaching Europe, but it was shipwrecked. when the Open Arms rescued them, found two minors among them, a pregnant woman and Joseph, a six month old baby from Guinea Conakry, who needed an urgent evacuation to be taken care of, but Joseph went into cardiac arrest and died. The bodies of five other people were pulled from the sea without life. It was the second shipwreck in twenty hours. In the previous, thirteen people had died, between them, three women and a minor, fleeing the war in Libya, from the detention camps, slavery and torture.  And there was a third, in which the same NGO rescued other 63 people. In summary, the rescue ship had hundreds of rescued people on board, waiting for the authorization of a safe port for disembarkation.

In Europe the health and social crisis deepens, under the effects of the second wave of the pandemic and the debacle of the capitalist economy. And an immigration crisis continues to unfold at the borders, a daily tragedy in which many people lose their lives, trying to flee from hunger, of misery or war. So far this year, have arrived in Italy 31.000 people. Estimates from the Spanish Red Cross indicate that among the 12.743 immigrants who have arrived in the Canary Islands in the last period, between 640 Y 1.020 people have died or disappeared.

How does the European Union act? Facing the migration crisis, deny their existence while, at the same time, take increasingly anti-human measures, with repression at the borders and deportations “express”. Not long ago, there was another show of contempt for life in the Syrian refugee camps of Evros and Lesbos, in the border between Turkey and Greece. And the new migratory pact, announced with great fanfare, it is nothing more than the consolidation and deepening of the nefarious anti-human policy developed by the imperialist bloc. In the EU, the profits of a handful of big capitalists are worth more than the lives of millions of people on the continent and thousands of immigrants.

In the state Spanish, the self-defined "Progressive coalition government" PSOE-UP acts in line with the imperialist bloc, "Invest" in strengthen the external shield using Morocco and with more repression in Ceuta and melilla. Y, when people cross borders, they expel them no more. In full pandemic, Spain has made the first deportation flight to Mauritania.

It is necessary not to normalize dying at sea, we have to fight to enforce human rights,  basic democratic and social. He 18 December is International Migrants Day, unitary mobilization will be necessary to demand: closure of the CIEs, down the Aliens Law, neither repression nor deportations, rights and roles for all, enough xenophobia and racism, down the borders of barbarism established by the imperialist EU bloc.

From Socialism and Freedom and the International Socialist League, we systematically denounce this anti-human path, supporting and promoting claims by rights of immigrants and refugees. More than ever, We are convinced that socialism with democracy is the only way out so that the barbarism of imperialist capitalism is not imposed on humanity.. 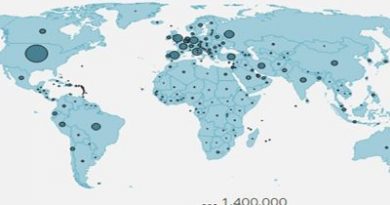 Join the campaign for a unique public health system, free and universal 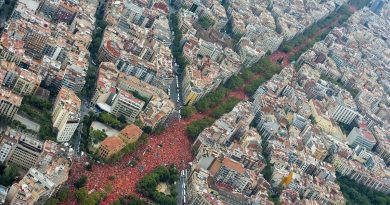 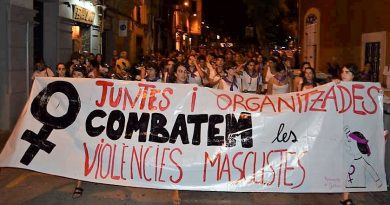 NO to gender violence