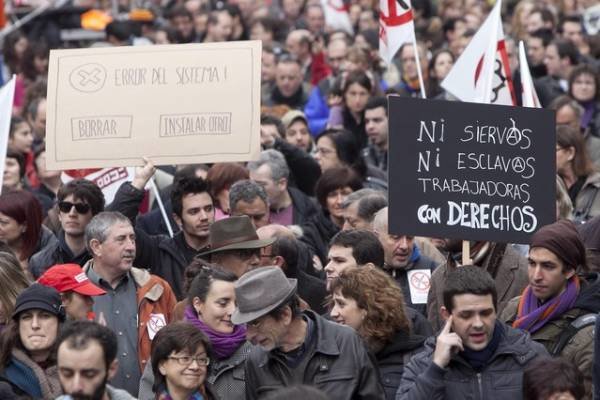 The struggle and the construction of a new political alternative are fundamental to impose an agenda favorable to the majority and not to a handful of the privileged.

The political news of the Spanish State is made up of a mosaic of issues that occupy the front pages and affect the population.

The volcano eruption in Cumbre Vieja. For the consequences on the lives of the population and for the future of those who lost almost everything. The question is, what aid measures will the government take when this happens?? Those who suffer the most cannot be left without support. The environmental emergency sneaks everywhere. It is the same with growing social needs.

The unemployment rate is around 16%. The interprofessional minimum wage increased a miserable 12 euros. Income for state employees will go up just one 2%. There are 6 million people in extreme poverty. He 58% of households have difficulty making ends meet. Meanwhile and inflation began to worry reaching the 4% . And the bright star of rising prices is missing: The invoice of light.

The light, a theft

Every day a record of rising energy prices is broken that exceeds the 200 euros the k / h. Given this, the government of "Progressive coalition" PSOE-UP does not take substantive measures. Entrepreneurs are thieves with institutional endorsement. This lies in the existence of "revolving doors" between state offices and private offices.. Through them the favors of the authorities circulate, in office or after fulfilling them. To end the nonsense of private earnings, companies must be nationalized without compensation and placed under the control of workers and users. To make it, it is necessary to end the monarchical-parliamentary regime.

The '78 regime is increasingly hit, but he's not paralyzed. The withdrawal of the minutes to the deputy of Podemos Alberto Rodríguez it is a very serious fact. It is based on an assumption "Crime against authority" happened seven years ago. It had the collaboration of Maritxell Batet, president of the Chamber who accepted such decision of the head of the second chamber of the Supreme, Manuel Marchena. Once again the opinion of the lawyers of the Courts weighed more than the popular will expressed in the votes. This time, We can put the cry in the sky. Regrettably, did not do the same when the victims were the Catalan independence leaders, also elected by popular vote or when they trampled the Parliament, with Podemos practicing the "equidistance". Not everyone suffers the same injustices.

The one who has a good time

As the other side of the coin, the prosecution has a treacherous treatment of favor with Juan Carlos I, as assesses the possibility of not prosecuting him despite the disappointment, the collection of commissions and other illicit. Because, the king emeritus is thinking of coming back for the holidays. The privileges of the anachronistic monarchy remain intact. The undemocratic outrages and the lack of independence of powers will not be solved with small patches to the regime molded by Francoism., you have to defeat him on the whole line. In the meantime, a key debate develops for the Spanish government: that of the General State Budgets (PGE).

Those above, most favored

The draft budgets for the 2022 is in debate. There is still no clarity on who will facilitate its approval which, definitely, it will be an explicit support to the executive's policy and its parliamentary stability. The figures approved by the Council of Ministers are fed by the millionaire aid funds of the European Union. Although record amounts were announced with social destination, will be eroded by inflation and mounting debt that takes away a good chunk of revenue. The increase in social spending continues to favor the powerful. It does not imply any change in the capitalist production model. The only relief seems to appear with the recession of the pandemic.

After almost 600 days and 5 waves, the incidence of Covid-19 declined. At the same time, new variant AY.4.2 detected. virus that grows faster than Delta. As a transitional balance, the country was one of the worst hit in Europe in infected and deceased people, due to the adoption of insufficient sanitary measures, socially unjust and politically undemocratic. Never forget that the health system is facing the pandemic in poor condition, product of cuts to public health made by different governments and that have not been reversed. The ones that never end, are the nuances between the government partners.

It is being caused by the debate on the repeal of the labor reform, a broken promise as well as the repeal of the Gag Law. In the dispute they intervene, with crisis, the PSOE and United We Can, the PP, employers and unions. Sánchez wants the reform to be the captain Nadia Calvin. We can demands that it be Yolanda Diaz. Beyond the promises, Rajoy's reforms that imposed low wages, abusive agreements and absolute precariousness, still standing. These are such reactionary measures that even the authorities of the EU imperialist bloc want modifications, but without affecting business profits. A national mobilization with a general strike would highlight the interests of the labor movement, but, this is not talked about.

Much ado About Nothing

The majority unions CC.OO. and UGT ask for the repeal. They do it from the comfort of their union offices, because they do not lift a finger to impose it with the fight. They are one of those responsible for the losses of conquests and the accumulation of millionaire profits of the bosses at the cost of worker impoverishment. It will be seen how this new chapter of differences for the reform ends. Tensions are mounting, although until now, they were always settled with consensus and partial changes that did not illuminate any substantive change. In the midst of this political and social panorama, Catalonia deserves a separate paragraph.

In Catalonia mobilizations and struggles intensified, as in the Day of 9/11 and against the expansion of the El Prat Airport. It is increasingly evident that the Dialogue Table, mounted between Pedro Sánchez (PSOE) and Pere Aragonés (ERC), It is a trap. In full "dialogue" the persecution of activists for freedom continues, they wanted to arrest and extradite Carles Puigdemont. Although the reactionary Spanish justice failed again, It is clear that the objective of the government and the 78 is to dismantle the Catalan claim for self-determination, but the popular mobilization has not yet said the last word. The accumulation of tensions, of democratic needs, unsatisfied political and social, reaffirms the urgency of putting up a new construction.

For a new political tool

Political tensions grow stronger. Political and social contradictions continue to accumulate, in a weakened government with a discredited regime, but active in his reactionary measures. What is needed is the irruption of the mass movement, fundamentally from the working class, to impose their own agenda of debates and interests. It is something that the majority political and union leaderships try to avoid at all costs. Because, it is more necessary than ever to create a new political alternative, anticapitalist and consistent, organized throughout the Spanish State. Everything must be turned around so that capitalism and its accomplices do not continue to sink the great majorities. On the road to building a system without exploiters or exploited, without oppressors or oppressed, that is to say, socialism. 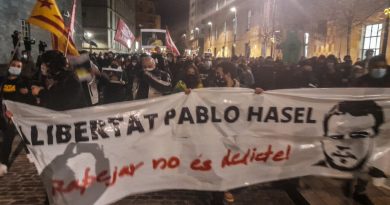 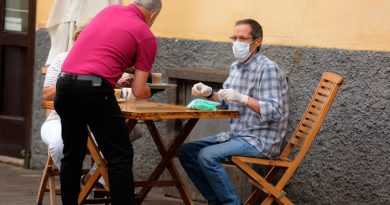 With or without employment, getting poorer 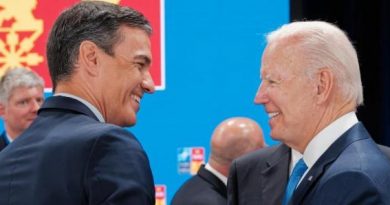 Behind NATO and Biden: the Spanish government more pro-imperialist than ever