The Schleswig-Holstein Territorial Court released Carles Puigdemont on bail. He considered that the crime of high treason of the German criminal code is not comparable to that of rebellion charged by the Spanish judge Pablo Llarena, “because the characteristic of violence is not appreciated.” It is a boost for the cause for the freedom of Catalan political prisoners.
The process to decide whether or not to extradite Puigdemont continues on the other crime marked in the European warrant, embezzlement of public funds. The maximum term for the definition reaches 60 days.
If Puigdemont were extradited for embezzlement, the Supreme Court of Madrid could only judge him for the same crime, without being able to impute the rebellion. Thus, the eventual penalties would go up to 30 years in prison up to 5 Y 8 years.

Of course, the answers will come from the central power. It should be remembered that, in the month of december, Llarena withdrew the first euro order on Puigdemont, cumin, Ponsati, Serret and Puig who were in Brussels, to prevent the Belgian judicial authorities from reducing the possibility of trying them “homogeneously” for rebellion, if they were extradited to Spain for prevarication.
There are reports that indicate the possibility that Llarena will go to the Court of Justice of the European Union. The presentation of the preliminary ruling question before the court supposes the paralysis of the procedure until there is a response from Luxembourg. This arises when a judge or court considers that in order to continue with a matter, the CJEU needs to clarify the scope of a community norm., in this case the one that 2002 launched the european orders. With crossed arms they are not going to stay because they are willing to go to the end, politically, in the judiciary and in the repression.
A shot in the butt
Beyond how they respond from Spain, The decision they made in Germany is of great importance because it turned its back on Llarena's main argument in the cases against the Catalan separatists: “rebellion and violence”. It is the fundamental figure that they apply to: Oriol Junqueras (vice president), Carme Forcadell (president of parliament), Jordi Turull, Joaquim Oven, Josep Rull, Raúl Romeva and Dolors Bassa (ex councilors), Jordi Sánchez (former president of the ANC and deputy of JxCat) and Jordi Cuixart (president of Omnium Cultural). Toni Comín is also charged, Clara Ponsati and Marta Rovira, who are currently exiled in Belgium, Great Britain and Switzerland respectively.
On the other hand, Belgian justice released Toni Comín without bail, Meritxell Serret and Lluís Puig (counselors), although they cannot leave the country. and in Scotland, Clara Ponsati (councilor) is also free.
Processes are long and complicated, the margins of maneuver of the bourgeois democratic regimes are wide and the governments of the European Union disastrous. Equally, recent opinions are positive, they imply a political blow to the jaw of President Rajoy and his people who had already announced a close link with Europe, without inconvenience to punish the "escaped". It is also a hit for PP, PSOE and Citizens whose figures campaign for the punishment of the independentistas.
The causes of the independentistas are totally invented, from a barely concealed operation in tandem between the Executive Branch and the Judicial Branch. The violence argument is false and the embezzlement argument is false. The real violent, Coup plotters and anti-democratic are not even the Catalan people, nor the CDRs, nor the independentists; they are the PP government and its partners Cs and PSOE, with the batons of the Civil Guard, the arbitrariness of Judge Llarena and the endorsement of the King.

The ties that togas

From this good news, there are those who praise the European “advanced justices”. not our case. What happened does show that Spanish justice is arbitrary, vindictive and has no independence. Also that the regime born from the Constitution of ¨78 is exhausted. Nevertheless, does not imply placing trust in the laws, nor in the governments of other European countries that turn their backs on Catalan self-determination and punish the peoples who rebel.
If there are steps forward, they are fundamentally due to the fact that the Catalan people are still standing, mobilized and fighting. To which the claim for the freedom of political prisoners extends and narrows the margins to ignore that the Spanish State cuts freedoms and intends to subjugate those who think differently. The greatest merit for what happened is not symbolized in the judges' robes but in the ties of the thousands and thousands of mobilized Catalans and those who, even without being independentists, reject the 155 and its consequences. The unity of action of all workers and oppressed peoples is necessary, wherever they are from.
1-O is alive in the will for Catalan self-determination. So that the freedom of all political prisoners and the annulment of the causes become a reality, so that the exiles can return without being persecuted, it is necessary to continue and deepen the mobilization. It is necessary to make 15 April a new milestone of massive mobilization, in Catalonia and internationally, on the path of the general strike and the plan of struggle that is needed. 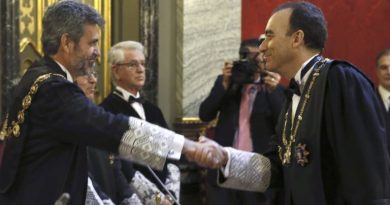 Politicization of the judiciary and system failures 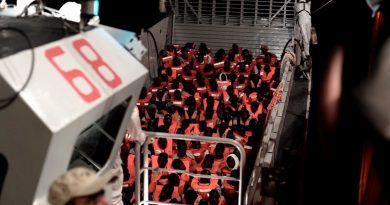 Aquarius, they are welcome to Europe 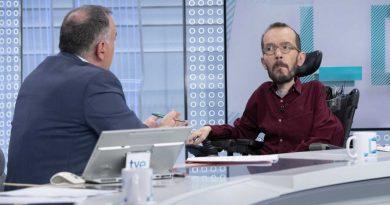 United we can: guarantor of impunity for Felipe González and the PSOE