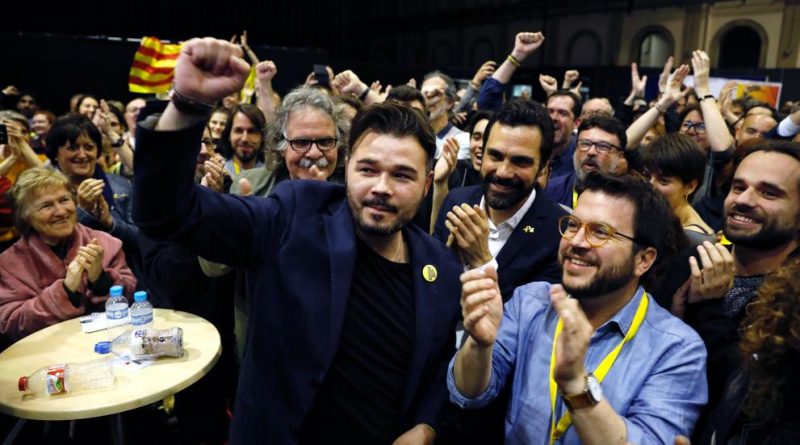 ERC triumph of double effect: Unionists defeated and outperformed its competitors by the Catalan leadership. And we made a first assessment of the elections in the Spanish State "Defeat the trio of Columbus". Nevertheless, its importance, It is necessary to focus on the Catalan results.

There was a record participation 75,7% in which ERC was imposed 15 seats, with the support of the sovereignists cleaved in Comú Podem. The PSC won 350.000 votes, went up to 12 deputies and displaced Commons. It was a historical fact: It is the first time in general elections a pro-independence party wins, in this case led by Oriol Junqueras from prison of Soto del Real who he erased "Red lines" negotiating with the PSOE before starting the campaign.

Yes Pedro Sanchez opted for an alliance with We Can, in the second round he will reach with one abstention from ERC for investiture. Left handed, this time publicly led by current deputy Gabriel Rufián, it has won a victory that puts the leadership of independentismo. In the absence of a revolutionary political leadership with mass influence, the people decided to attend en masse to the polls and Esquerra use as a tool to concentrate their votes.

It was a historical fact: It is the first time in general elections a pro-independence party wins…

Competitor JxCat, driven by former Carles Puigdemont, he obtained 7 MPs, one less than in 2016, on a list of political prisoners that made Jordi Sánchez, Josep Rull and Jordi Turull. The Republicà Front led by Dante Fachin Albano made a good choice with 102.000 obtained. With limited resources, without access to mass media and with little time work among the population, They campaigned lung, up a program with some strong definitions against the regime, the PSOE, for disobedience and the Republic. It did not reach them to overcome 3% and obtain parliamentary representation. We must remember that the CUP decided not to stand for election.

In common-can, led by Jaume Asens supported by Pablo Iglesias, He went from 12 a 7 MPs, losing about 250.000 votes. Although the upcoming municipal elections 26 They may not governed by the same parameters as the general, It was a new alert to the intentions of re-election of the mayor Ada Colau, now feels closer PSC pressure. The retreat of the center is deepened from its policy halftone maintained in the framework of capitalism and the regime.

The right not draw revenues from his disastrous campaign against the struggle of the Catalan people. If you take into account the choice of 2016, Citizens won over 75.000 votes, but she stayed in 5 I already had seats. It is not the only reference to take into account. Illegitimate election called by the 155 the 21D 2017, Agnes had located Arrimadas as the most voted, although it has been in the minority to form government. Regarding those elections provocative and insulting the leader of CS lost 630.000 votes.

The PP lost 270.000 votes and got one deputy. All pedantry of the Marchioness Cayetana Alvarez de Toledo, chosen by Pablo Casado to be the inquisitor sword of the Catalan Republic, He declined to become the priestess in charge of Extreme Unction PP. Vox won a seat representing Barcelona.

…despite the implementation of 155, the trial, the jail, the chasing, contradictions, division and inconsistency of leaders, the independence movement continues to grow, as an expression of the Catalan people who do not surrender.

The result may have consequences for the Govern, where the independence movement also expresses its divisions. El presidente de la Generalitat, Quim Torra (JxCat) not have approved budgets and dialogue with Pedro Sanchez, thus the weakness of his government continues to project towards the possibility of an election call.

In the mobilizations it expressed the claim of the Catalan people for recognition 1-O and effective Republic. Nevertheless, there is a contradiction, The elections were won by ERC, a party which claims independence in speech, but in practice it is aimed at the recovery of autonomy, the consensus with the Spanish State and the abandonment of disobedience as a fundamental tool. The election shows that, despite the implementation of 155, the trial, the jail, the chasing, contradictions, division and inconsistency of leaders, the independence movement continues to grow, as an expression of the Catalan people who do not surrender.

In the immediate, the existence of political prisoners and exiles who were candidates with many of their rights curtailed still tinting the reality of anomaly. To this the future opinion of the farcical trial that takes place in Madrid adds. These are factors which open an uncertain outlook as the EU requires stability in Spain. Whatever, in Catalonia and the Spanish State, It needs to build a new political alternative, wide and anticapitalist, to fight consistently for a Catalan Republic of workers, the people and feminism. It is a big challenge ahead. 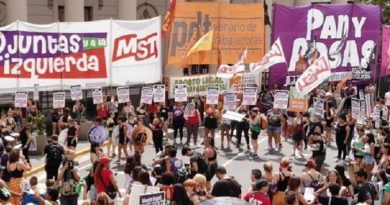 Argentina: Declaration FIT Unit. 8 of March: Enough of adjustment and violence against women and dissidents. The state and governments are responsible 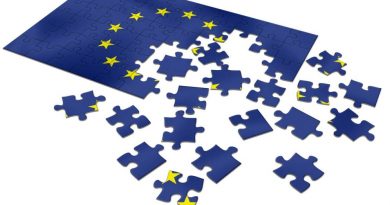 What is the EU for?? 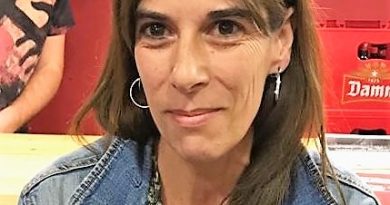 Enough persecution of activists and vecinxs